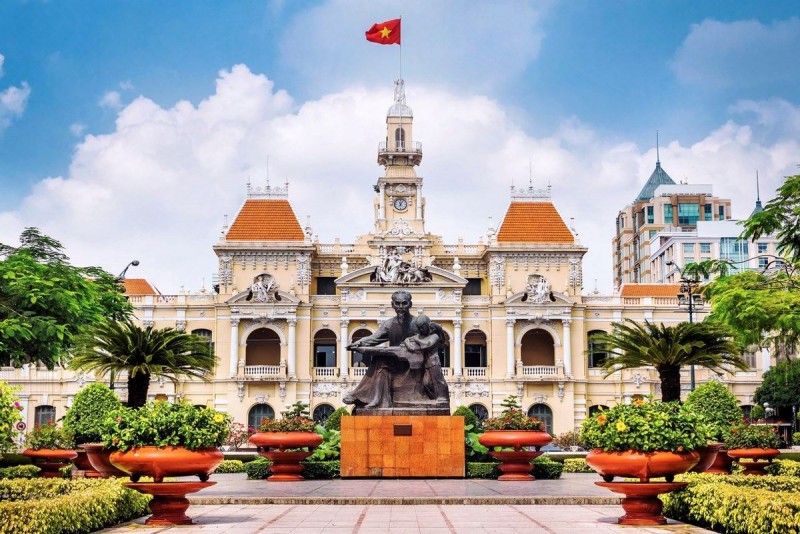 ​No past, no present. The beauty of a land is not only the scenic view, but also its culture and history. Witnessed many changes from the early year, Saigon is containing a huge knowledge of history as its age. If you have been in Saigon, let this more-than-300-year-old-land tell you its stories via below places.

Independence Palace is in the center of Ho Chi Minh City (Saigon). Its precursor is the Norodom Palace which was started building in 1868 and completed in 1871. It was used as the residence and office of key persons of the invaders during the First Indochina War and the Second Indochina War (Vietnam War). It observed a special moment in 1975 when a North Vietnamese Army Tank crashed through its gate, marked the ending of a heroic 30 year fighting. After the country reunited, it was declared to be a National Cultural and Historical Relic. Nowadays coming here you are able to find much documentation about the palace itself, the life around its owners and historical events in this period.

War Remnants Museum is one of the most popular museums in Saigon. If you want to have a deeper understanding of the wars in Vietnam, this one is a good choice. It primarily contains exhibits relating to the Vietnam War, but also includes many exhibits relating to the First Indochina War involving the French colonialists. War is crime. Go there and feel how terrible the war is, how resilient and brave people are when they fights for justice.

As its name, Cu Chi Tunnel is an immense network of underground routes located in the Cu Chi District of Saigon. This system is the great hiding spots of Vietnamese fighters during compacts, supply routes, hospitals, food and weapon caches, and workplace and living quarters. It plays an importance role in the win of soldiers here. Go, put yourself in the local people’s shoes and have your own experience in these amazing tunnels. You will know more about Vietnam history. Please note that this place is quite far from the center of city. If you want to visit it, spend a day for it. It’s worth.

This museum is not far away from the Independence Palace. It was originally a mansion of a wealthiest business man at that time – Mr. Hoa, who also owned other famous buildings such as Tu Du hospital and Majestic hotel. This museum is an ideal place for art lovers. The building itself has special architectural style inspired from China and France. It has 99 windows and be the one with most windows in Saigon. Visiting the museum, you have changes to contemplate many fine artworks and collections of historic arts from 7th century to early 20th century. You also find the oldest lift of Saigon here.

Vietnamese traditional medicine has a long history from the 2nd century B.C. to the 9th century A.D. FITO is the first and the unique museum of traditional medicine. It has 6 floors and 18 little rooms with ancient style. Into the museum, you smell easily light flavor of herbs spreading in a homey space. The museum collects, keeps, preserves and displays artifacts relating to the traditional medicine, honor physicians who have contributed to the development in medicine. It also has a library storing medicine books. You can find some famous books here. You also have changes to practice as a physician when visiting this museum.

If you are interested to visit these Historical places then book Vietnam Classic Tours..